For buildings of the same name in other Tropico games, see Police Station.

A Police station is a building in Tropico 5. Police stations raise the level of crime safety in the area but lower its apparent liberty. This can be reduced by approving the sensitivity training edict. Police stations also discover the secret roles of citizens. 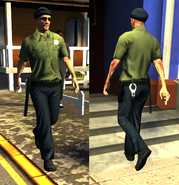 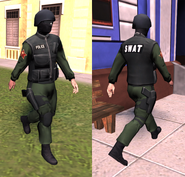