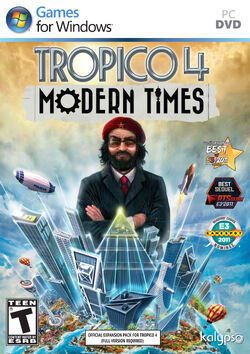 Tropico 4: Modern Times is an expansion pack for Tropico 4, released in stores on April 3 2012[1] and on Steam on March 29 and is also available on the Xbox marketplace for 1200 Microsoft points.