Coup d’états are attempts to overthrow the government by angry soldiers, generals, and SWAT members. When they take place, unhappy military forces will attempt to seize and destroy the palace, which will be protected by military units still loyal to the presidente. If the coup is successful, the game will be lost.

It's possible for a presidente to have risen to power by leading a military coup, boosting their relationship with the Militarists, lowering crime, and providing cheaper military buildings but giving Tropicans low hopes for liberty and democracy.

In Tropico 5, coups are entirely random events. Though military loyalty does play a factor (the higher the loyalty, the less chance of a coup), there is always a chance for a coup to take place. Occasionally, the army is able to stop a coup before it occurs.

Palace guards, the air force, and militia squads are always loyal. If the military is entirely composed of these soldiers, any coups that occur will automatically fail. 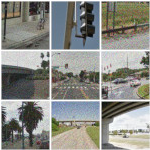